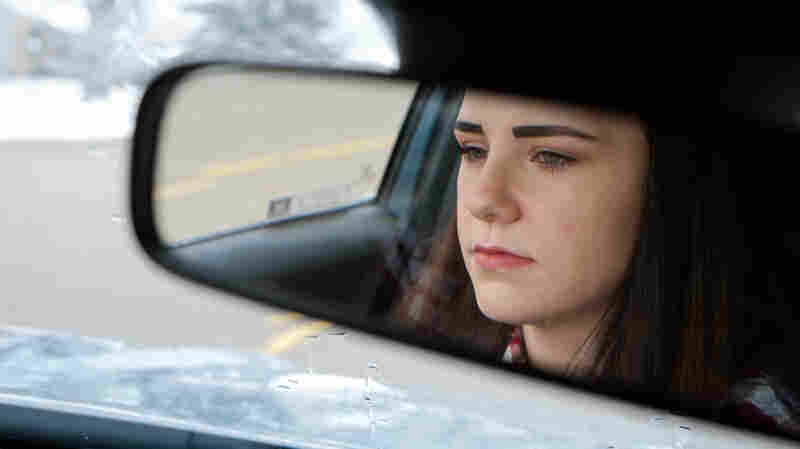 Kaitlyn Arland drives in her car in Junction City, Kan. Two years ago, when she tried to buy her first car, the dealership called her back and demanded she sign a new deal with a higher down payment after she had taken the car home. This tactic is often referred to as a yo-yo deal. Arin Yoon for NPR hide caption

Even after you think you bought a car, dealerships can 'yo-yo' you and take it back

February 4, 2023 • NPR investigated a practice called a yo-yo sale and found it's hurting car buyers nationwide, tougher rules can make a difference, and the Federal Trade Commission has a chance to crack down. 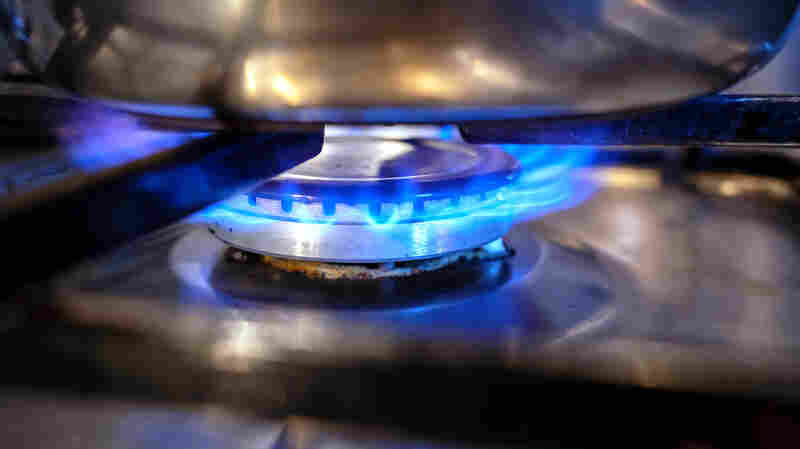 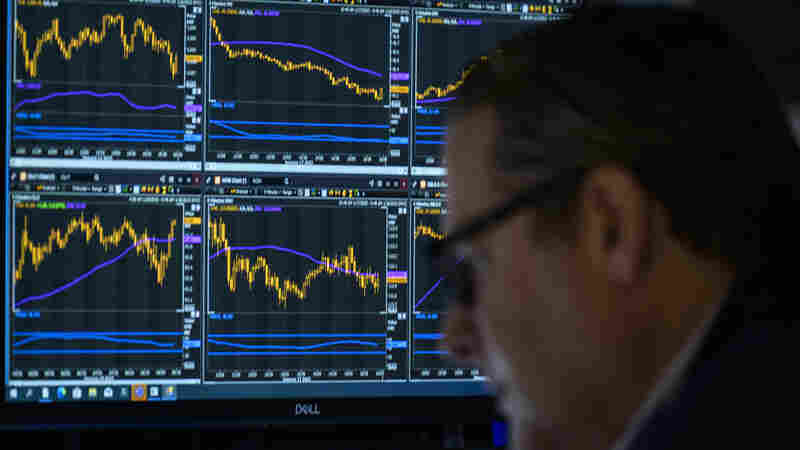 Traders work on the floor of the New York Stock Exchange in New York City on Jan. 18, 2023. Stocks have rallied this year on hopes about the economy, but some fear that optimism is misplaced. Angela Weiss/AFP via Getty Images hide caption

Markets are surging as fears about the economy fade. Why the optimists could be wrong

February 4, 2023 • The markets have rallied this year as investors believe inflation will continue to ease and that the economy will avoid a recession – but it could end in tears. 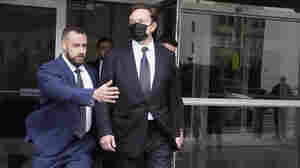 Elon Musk, center, leaves a federal courthouse in San Francisco on Feb. 3. A high-profile trial focused on a 2018 tweet about the financing for a Tesla buyout that never happened drew a surprise spectator for Friday's final arguments — Elon Musk, the billionaire who is being accused of misleading investors with his usage of the Twitter service he now owns. Jeff Chiu/AP hide caption

February 3, 2023 • The verdict by the nine jurors was reached after less than two hours of deliberation following a three-week trial and represents a major vindication for Musk. 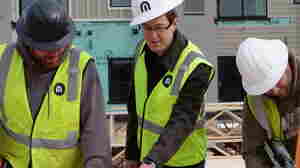 Mike Kaeding, center, is the CEO of Norhart, a company that builds, manages and maintains apartment buildings. Courtesy of Norhart hide caption

The Indicator from Planet Money

Is it hot in here, or is it just the new jobs numbers?

February 3, 2023 • The U.S. economy is red hot, adding 517,000 jobs in January. Unemployment is at its lowest rate in more than 50 years. So why are there so many jobs when there's talk about a possible recession?

Is it hot in here, or is it just the new jobs numbers? 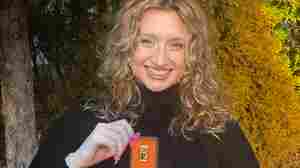 Julia Grugan, 20, a senior at Temple University recently made one of her first major investments: A 10 gram gold bar. Julia Grugan hide caption

February 3, 2023 • After decades of being seen as a go-nowhere investment, investors are taking a shine to gold again. 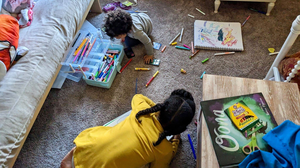 Wesley Wade and his wife Giovonni couldn't find day care for their two kids, Helena and Ella. Wesley, a mental health counselor working on his PhD, ended up quitting his job to take care of the girls. All over the U.S. there is a shortage of child care. Wesley Wade hide caption

February 3, 2023 • Anyone who has tried shopping for day care knows that it is tough out there. 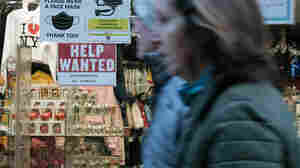 A 'help wanted' sign is displayed in a window of a store in Manhattan, New York City, on Dec. 2, 2022. U.S. employers added an unexpectedly strong 517,000 jobs in January, showcasing the labor market is red-hot. The unemployment rate fell to its lowest level in more than half a century. Spencer Platt/Getty Images hide caption 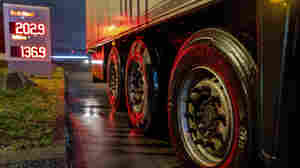 Tires of a truck are pictured at a gas station in Frankfurt, Germany, Jan. 27. A European ban on imports of diesel fuel and other products made from crude oil in Russian refineries takes effect Feb. 5. The goal is to stop feeding Russia's war chest, but fuel costs have already jumped since the war started and they could rise again. Michael Probst/AP hide caption

Europe is set to ban Russian oil products, the latest strike on the Kremlin war chest

February 3, 2023 • Starting Sunday, the EU will prohibit imports of Russian gasoline, diesel and other products from Russian refineries used throughout Europe.

Europe is set to ban Russian oil products, the latest strike on the Kremlin war chest 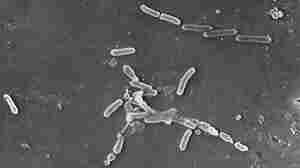 February 3, 2023 • EzriCare artificial tears are suspected to be the cause of an outbreak of the VIM-GES-CRPA strain of Pseudomonas aeruginosa, which the CDC said is the first outbreak of its kind in the U.S. 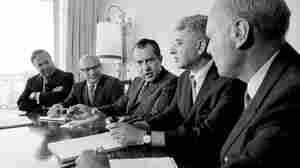 The Indicator from Planet Money

February 2, 2023 • History remembers Arthur Burns as the Fed chair who let inflation run rampant. That's precisely the outcome that current Fed chair Jerome Powell wants to avoid. Today, we look back at the '70s to find out what went wrong. 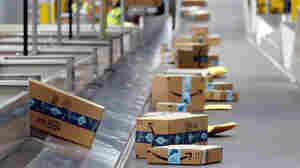 February 2, 2023 • The biggest culprit was Amazon hefty investment in the electric automaker Rivian, whose value plummeted last year. Amazon also contends with the need to recalibrate after a pandemic-era upsurge. 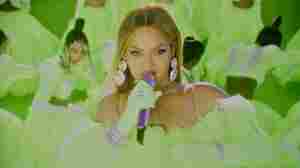 Beyoncé performs at the Oscars in March 2022. Her "Renaissance" World Tour later this year will mark her first solo tour since 2016. Robyn Beck/AFP via Getty Images hide caption

February 2, 2023 • The first round of tickets to Beyoncé's highly anticipated Renaissance world tour go on sale next week. Ticketmaster is under pressure to avoid a repeat of the Taylor Swift debacle in November. 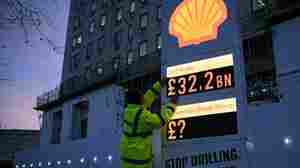 Activists from Greenpeace set up a mock-petrol station price board displaying the Shell's net profit for 2022. Daniel Leal/AFP via Getty Images hide caption 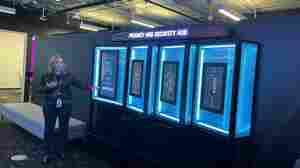 A TikTok official gives a tour of the company's Transparency and Accountability Centers in the Los Angeles area. Bobby Allyn/NPR hide caption

February 2, 2023 • The hit video app is facing an existential crisis, and it is hoping promoting its reorganization will help convince Americans that it is independent from its Chinese owner. 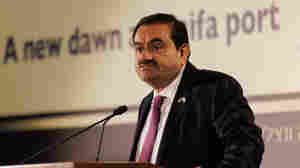 Gautam Adani, billionaire and chairman of Adani Group, speaks during an event at Israel's Port of Haifa, on Tuesday. The Indian billionaire, whose business empire was rocked by allegations of fraud by short seller Hindenburg Research, said his company will make more investments in Israel. Kobi Wolf/Bloomberg via Getty Images hide caption

February 2, 2023 • Indian businessman Gautam Adani was a few billion dollars shy of Elon Musk. But he tumbled down the billionaires' list after a U.S. firm accused the Adani Group of pulling off an epic con. 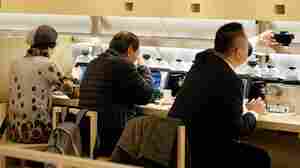 February 2, 2023 • The public's reaction to reports of one customer defiling utensils at sushi eateries suggests it's a brazen assault on two things of which Japanese are very proud, their sushi and their manners. 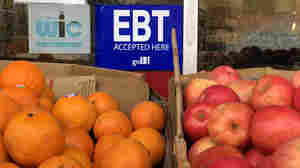 A sign noting the acceptance of electronic benefit transfer (EBT) cards, which SNAP beneficiaries use to pay for food, is displayed at a grocery store in 2019 in Oakland, Calif. SNAP emergency allotments are ending after this month and have already ended in some parts of the country. Justin Sullivan/Getty Images hide caption 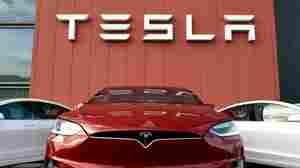 A Tesla car is displayed at a showroom and service center for the auto maker in Amsterdam on Oct. 23, 2019. Tesla recently cut prices across the board, a move with big potential ramifications for the automaker as well as for the industry. John Thys/AFP via Getty Images hide caption

Tesla slashed its prices across the board. We're now starting to see the consequences

Tesla slashed its prices across the board. We're now starting to see the consequences 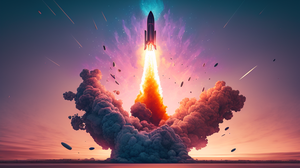 Computers have been used in rocketry for half-a-century, so it's possible to think that the new AI programs could help. They struggled to grasp the basics. NPR staff generated imagery using Midjourney hide caption

February 2, 2023 • Computers traditionally excel at rocketry, so why do new artificial intelligence programs get it wrong? 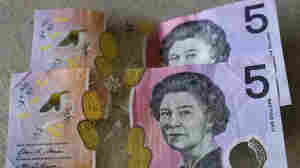 Australian $5 notes are pictured in Sydney on Sept. 10, 2022. King Charles III won't feature on Australia's new $5 bill, the nation's central bank announced Thursday, Feb. 2, 2023, signaling a phasing out of the British monarchy from Australian bank notes, although he is still expected to feature on coins. Mark Baker/AP hide caption

February 2, 2023 • Australia's central bank says its new $5 bill would feature an Indigenous design rather than an image of King Charles III. But the king is still expected to appear on coins. This picture taken on January 12, 2023 in Toulouse, southwestern France shows a smartphone and a computer screen displaying the logos of the Instagram, Facebook, WhatsApp and their parent company Meta. LIONEL BONAVENTURE/AFP via Getty Images hide caption

The tide appears to be turning for Facebook's Meta, even with falling revenue 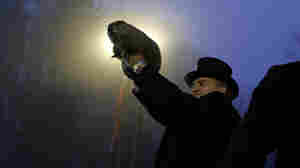 February 1, 2023 • It's Groundhog Day, and once again, the eyes of the nation have turned to a small town in Western Pennsylvania. Every February 2nd, the only story anyone can talk about is whether or not Punxsutawney Phil will see his own shadow. If he does: six more weeks of winter. If he doesn't: spring is on its way.